Serving The World Since 1918 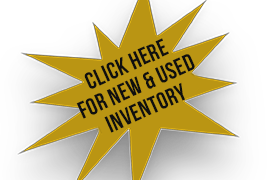 For 100 YEARS Capitol Cycle Company has been supplying bicycles and powersport products worldwide. We are proud of our reputation as being a leader in providing a full line of Motorcycles, Scooters, ATVs, UTVs, Personal Watercraft, Scott speciality Bicycles, and Power Equipment to Georgia and America.

Capitol Cycle has made a long term committment to the youth and adults nationwide by establishing and supporting a Capitol Cycle Racing Team. Currently we have 195 riders as young as 4 yrs old and as old as 50. We would be proud to have your child (boys or girls) to join our team. Contact Dan at 478-475-5711 for info on joining and Race Team pricing.

The Parts Department at Capitol Cycle is second to none. With a combined experience of 30 years, they can answer any question you may have. Parts are stocked for all the manufacturers we represent and if we don't have it, it can be ordered and in the store or delivered to your house in a few days. CUSTOMER SATISFACTION IS OUR GOAL. Would you like to save some time? It's simple! Order parts for your motorcycle, scooter, ATV, utility vehicle or off-road... ON LINE!!!! Right here.

Come and join the fun with Honda Riders Club of America, Capitol Cycle Chapter. If you own a Honda or are thinking of purchasing one, don't pass up this oppurtunity. Look at some of the benfits, Red Rider Magizine, Exclusive Members only Web Site, Discounts on Accessories, Discounted Insurance Programs. Local Chapter Members look forward to Poker/Benifit Runs throughout the year, Receive Special Discounts, Track Days (yes off road bikes and ATV's qualify) Open House (FREE FOOD). How can you pass this up? Contact us for more info.

Yamaha recently bestowed upon us the distinction of being a Yamaha 5 Star Repair Shop for their product line. Call or go on line to schedule your next service or repair.

Capitol Cycle Company was started in 1918 by Loyd Newbern. Located on 2nd St. in downtown Macon, Georgia. Capitol Cycle was originally a bicycle shop selling Iver Johnson and Schwinn Bicycles. At this early stage, the store was a simple business consisting of a handful of bicycles and a box of parts. 28 years later...

Loyd Newbern agreed to sell Capitol Cycle Company to a good friend named Jack Banks who was a Delta Airline's pilot and had taught Loyd to fly. Shortly thereafter Jack moved the shop, now also selling Rollfast Bicycles, on Poplar St. Although now a business owner, Jack continued to fly for Delta Airlines and later worked at the Macon Telegraph. Concurrent careers are an impossibility for most people, but not for Jack Banks. Without ever taking a salary he dedicated 50 years of his life to Capitol Cycle Company, establishing the foundation for what would become a multi-million business. Of course this wouldn't even be story if it wasn't for Jack's wife. If Jack was the force behind Capitol Cycle, Betha Banks was the heart and lifeblood. For over 50 years, when a customer walked through the door they could be sure Betha would be there to take care of them.

In 1947, Jack and Betha's son Don Banks began working after school putting bicycles together and putting up parts.

In 1948 Capitol Cycle began to expand; The Company was introduced to the motorcycle industry by becoming a Whizzer Motor Bike Dealer.

In 1949, the business also began selling Cushman Motor Scooters. That year also saw another relocation: This time a 3 year lease on Broadway in the industrial section of downtown Macon.

Capitol Cycle Company moved back to Poplar Street. The business would operate here for 5 years.

Son Don entered the service in 1956, leaving Capitol Cycle to once again be solely operated by Betha and Jack.

In 1964, Don made the decision to become a Honda Motorcycle Dealer. That proved to be the framework for Capitol Cycle's future success, stability, and longevity in the motorcycle industry.

In 1967 the story of another legend in Macon begins: A young man named Calvin Taylor was hired for the bicycle shop. It wasn't long before people began talking about the extraordinary man who came to be (and still is!) known all over Middle Georgia as "The Bike Doctor." 30 years later the names Capitol Cycle Company and Calvin Taylor are still synonymous with one another in the bicycle community.

In 1971, Capitol Cycle decided to forego the boat and outboard business, in favor of focusing its full attention on both a burgeoning bicycle industry and becoming a solo Honda dealer.

Don's son, Donny Banks, began working part-time after school putting bicycles and motorcycles together, just as his dad had. By this time, Donny was already a year into what would one day be a rewarding race career. In 1979, Donny quit college because a final exam on a Saturday prevented him from competing in a motorcycle race.

1988 would prove to be Donny's most successful year of racing, with him winning both a National and World Championship.

The early nineties marked the beginning of a booming personal watercraft era. Donny decided to become a Yamaha Watercraft Dealer in 1991.

In 1992, the company took on Yamaha motorcycles. By 1996, Donny felt it would be profitable for Capitol Cycle to start selling Kawasaki motorcycles and watercraft also.

By this time, Capitol Cycle Company had outgrown it's established and well-known home on Washington Avenue. There was no more room for additions and the growing pains were being felt. Don and Donny were faced with the realization that if Capitol Cycle continued to grow as it had for the past 79 years, they were going to have to find a much bigger home. Late in the year construction began on their new site, located on the rapidly growing northwest side of the city.

On August 15, 1997, Capitol Cycle Company moved it's motorcycle and watercraft business to 4950 Mercer University Drive in Macon. Due to the construction, Don and Donny chose to keep the bicycle business at the Washington Avenue location.

In 1998, Capitol Cycle began selling both ATK and Excelsior-Henderson Motorcycles. It also marked the first full year in the new spacious building.

1999 heralded the addition of SEA-DOO PWCs to the store's lines. Of no less importance, the entire bicycle inventory was brought up from the Washington Av. store, along with "The Bike Doctor," Calvin Taylor. (see 1967) 1999 also was the year Capitol Cycle expanded its support program, attending all the major events giving trackside support to the likes of mini-class champion James "Bubba" Stewart.

Capitol Cycle has become THE premier powersports dealership in Middle Georgia with a company mission dedicated to unparalled value for customers with total service and support. Thanks for taking the time to read about us and for being apart of the Capitol Cycle Family!